While the industry is booming, there’s also a growing need for talent in all fields of the industry, including high-growth areas like cyber security and unmanned aerial systems (UAS). On that front, Augusta Regional Airport is committed to providing aviation education and opportunities to school-aged kids through its STEM Initiative. Now, the airport will extend its efforts to support the aerospace industry in Augusta and beyond through the Skyworx Innovation Xchange. 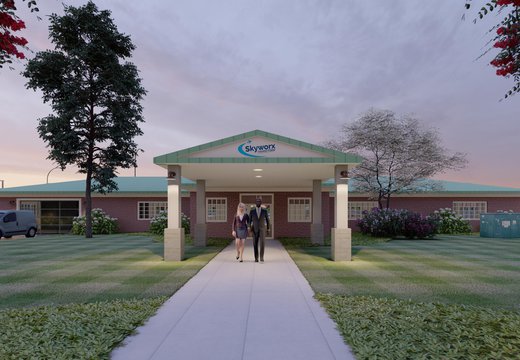 Located at the Augusta Regional Airport, Skyworx is an aerospace business incubator designed to support startups with resources, assistance and access to airport facilities and professionals. The program’s mission is: “To encourage interest and innovation in the aerospace industry by providing an entrepreneurial environment which encourages new ventures and minimizes risk.”

Creating aerospace jobs in the Augusta area is one of the goals of the program, along with encouraging new capital investment in the region and creating opportunities for students, ex-military and Savannah River Site (SRS) retirees.

“The Innovation Xchange will help give entrepreneurs the foundation to take their ideas and turn them into a legitimate enterprise that can grow and flourish in our community,” says Diane Johnston, Augusta Regional Airport’s Director of Marketing.

The Incubator will include common-use space, private offices, mentor networks and networking events, and will feature an associated accelerator program. Businesses that are accepted into the program are invited to work at Skyworx for a period of four years, after which the hope is that the business will build their own facility at the airport and continue to grow or relocate into another facility at the airport.

“As these businesses grow, local job opportunities grow with them,” says Johnston. “And this will hopefully encourage more people to get into the aerospace industry.”

A Home at Augusta Regional Airport

The third largest airport in the state, Augusta Regional Airport has been focused on growth, recently expanding daily flights into the airport. It has been 12 years since the airport opened a new passenger terminal and underwent renovations, though many of the buildings on the property remained untouched — including the National Weather Services office that dates back to the 1940s.

The Skyworx program creators saw an opportunity with the old Weather Services building located near the main terminal and are in the process of renovating and modernizing the property to serve as the home of the Innovation Xchange.

Converting the old building into a modern innovation facility is a big job, and renovations are ongoing. Currently, there are six leasable offices in the building, and two businesses have already taken up residence, including a flight school. Georgia Power helped get the project off the ground with renderings and a grant to help kickstart renovations. 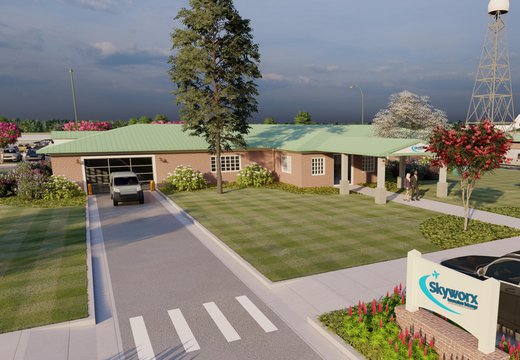 In 2018, Georgia Power helped kick off the renovation project with a $10,000 Economic Development Improvement Grant to get Skyworx operational.

“Our goal with this type of grant is to take a building that’s under-utilized, or unutilized, and bring it back to life,” said Matt Forshee, Georgia Power’s Community & Economic Development Manager for the East Region. “The grant program is designed to provide funds to help kickstart some activity and get a project moving forward.”

More recently, Georgia Power Engineer Paul Schneider supported the project by providing models and renderings to be used in communications and grant applications. Georgia Power will also be represented at an upcoming forum Augusta Regional is hosting during which the incubator program will officially be rolled out.

The Skyworx program will officially launch at an event held at the Georgia Cyber Center on November 14. Hosted by Augusta Regional Airport, the Innovation Xchange event will focus on unmanned aerial systems and cyber security. In addition to sessions with expert panelists, there will be tours of the new Georgia Cyber Center.

Georgia Power is proud to support Augusta Regional Airport’s commitment to fostering the next generation of aerospace innovators through a program that will benefit the local community along with the entire aerospace industry. 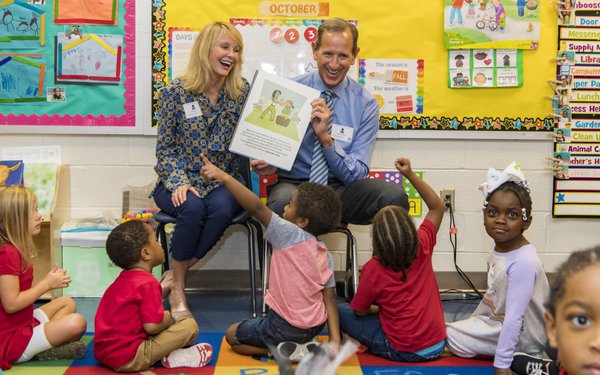 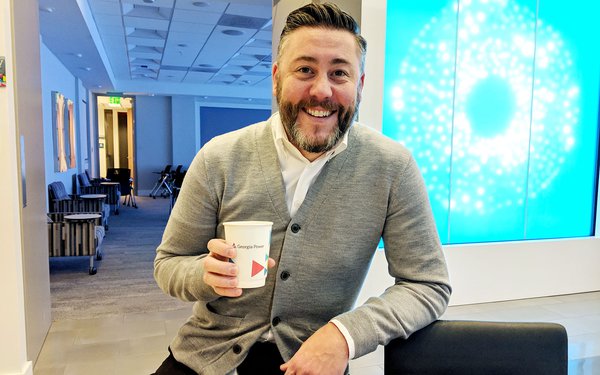 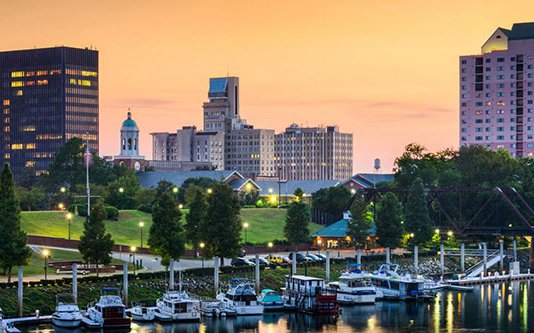 Discover more about this growing region. 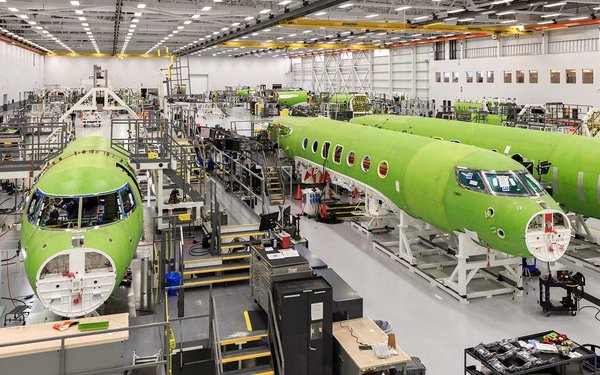 Learn more about how this industry