Reach the Global Economy from Your Front Door

"The Georgia Port puts their energy into providing opportunity to build businesses in the state. And in turn, the success of those companies allows them to grow. It's a great, symbiotic relationship."

Georgia's transportation infrastructure is one of our state's strongest competitive advantages. The world converges here through a network of air, land, and sea transport, and Georgia businesses experience growth through the power of accessibility. The most extensive rail system in the Southeast, the busiest airport in the world and the fastest-growing port in the nation provide direct connections to your people, your suppliers and your customers.

Reach the world from Georgia

Non-stop access to the people and places you need

From Georgia, you'll be closer to your customers, partners, and resources, and reaching them will be efficient. Our state is the proud home to the world's most traveled airport, Hartsfield-Jackson Atlanta International. Direct domestic and international flights keep people moving all day, every day, bringing the world to Georgia's doorstep. Delta, a Georgia-based company, operates its main hub out of their Atlanta location.

In addition to travelers, Hartsfield-Jackson moves tons (literally) of cargo through their warehouse spaces each year. Businesses take advantage of the accessibility of importing supplies and the distribution of their finished product to the customer. Delta even offers an on-site cold storage facility for perishable goods.

Import and export with ease

Proximity to the fastest-growing port in the country gives Georgia businesses a strong competitive advantage for efficient shipping. Our state's waterways and ports are your gateway to the world, sending products around the globe and bringing foreign goods and supplies into our state. The Georgia Ports Authority oversees operations of our deep water and inland ports, ensuring efficient productivity. Through these ports, raw materials and finished products find their way to and from destinations around the globe.

Rail that keeps you on track

Our state's superior air and port systems don't work alone to make Georgia's infrastructure ideal for business. Connecting it all are the railroads Atlanta was built upon, one of the main reasons it became Georgia's largest city. Today, the state still boasts the Southeast's most extensive rail system, connecting a vital part of the infrastructure partnership that keeps Georgia's economy moving.

Interstates that accelerate your business

An extensive interstate highway system adds hundreds of miles of accessibility to Georgia's infrastructure. The three major highways that converge near the airport in Atlanta contribute to the city's status as the transportation hub of the Southeast.

Learn how a Georgia business succeeds with the Port 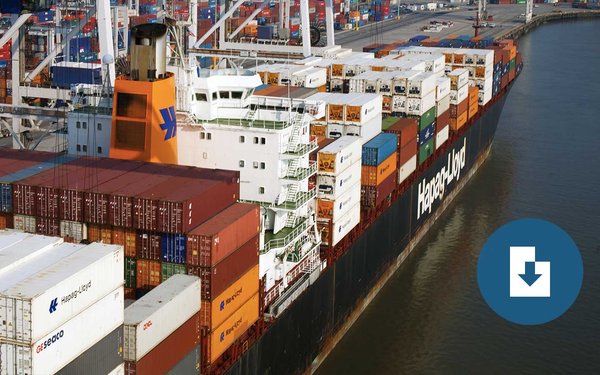 A detailed look at Georgia's infrastructure