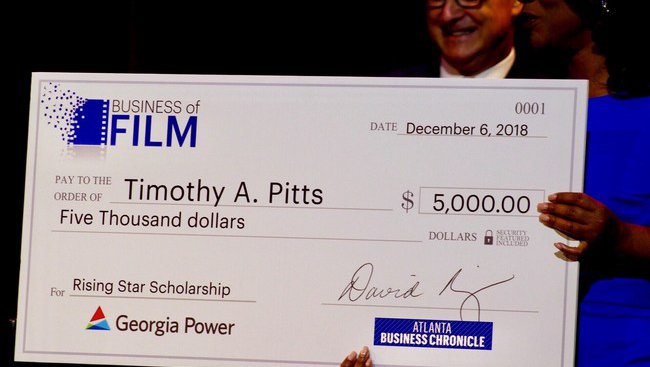 "Georgia Power has worked closely with the state to help support and grow the film industry in Georgia," said Anne Kaiser, vice president of community and economic development, Georgia Power. "We know that as the film industry grows in our state, so does the need for a diverse and experienced workforce to support it. That's why we partnered with the Atlanta Business Chronicle on this scholarship – so we can help a deserving student right here in Georgia prepare for a successful career in film."

"Georgia Power was our inaugural partner, and continues to be a valuable partner, in our Business of Film event every year. We are so pleased to grow that partnership and join together to honor an outstanding student with this new scholarship," said David Rubinger, president and publisher, Atlanta Business Chronicle. "Through their economic development and workforce development initiatives, Georgia Power plays a major role in recruiting the film industry to our state, and they understand the importance of attracting and keeping film dollars in Georgia."

From major motion pictures, to indie films and television series, Georgia Power uses its properties, business partnerships, power grids, and other assets to make Georgia a one-stop shop for filmmakers. As one of the largest property owners in the state, Georgia Power provides access to industrial properties, lakes, generating facilities and parks as well as assists with lighting and power needs.

Timothy Pitts, a student at Columbus State University (CSU), is the inaugural recipient of the Business of Film Rising Star Student Scholarship. A non-traditional student and Navy veteran, Pitts has overcome many obstacles on his path to pursuing a career in the film industry. His passion for photography led him to studying film at CSU and, ultimately, excelling in both his screenwriting and film production classes.

Pitts has been completing his degree under a Post 9/11 GI Bill scholarship, which will soon expire. The $5,000 Business of Film Rising Star Student Scholarship will go towards helping him complete his final three semesters and graduate in the summer of 2020.

"Because of Georgia Power, the Atlanta Business Chronicle and this scholarship, I'm not only able to complete my degree but also show my children that no matter where you start in life, you can find your purpose and pursue your passion," said Pitts.

The Atlanta Business Chronicle's Business of Film event began in 2016 as a venue to discuss the future of film in Georgia. Each year hundreds of current and aspiring members of the film industry attend the event. This year, 200 attendees joined together at the Sandy Springs Performing Arts Center to hear from Georgia film industry insiders on why it is so important to keep Georgia film dollars in Georgia, take in a panel on innovative education programs that are training and retaining talent, and discuss what next steps are needed to ensure the film industry is a sustainable economic driver for the state in the future.

For more than a century, Georgia Power has been helping communities grow and prosper. Georgia Power guides companies on their search for the best location for their business and support local leaders as they attract new jobs and investment. The company is also committed to investing in programs and organizations that help build a talent pipeline spread across a diverse set of industries and skill sets.

Georgia Power has long recognized that workforce development is the number one driver for new and expanding industries. Through partnership efforts with organizations like the Technical College System of Georgia, the state's nationally-ranked colleges and universities, and more, Georgia Power is helping to fill great jobs with a highly trained, skilled workforce. 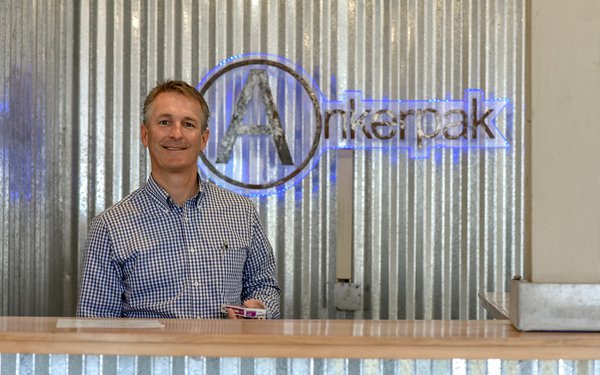 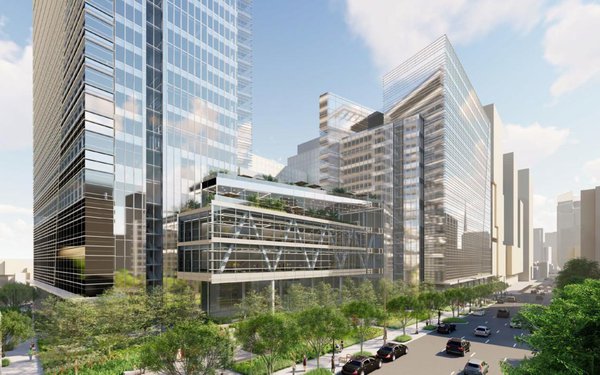 Our Support of the Film & TV Industry

Learn more about how we help this growing industry thrive in Georgia.