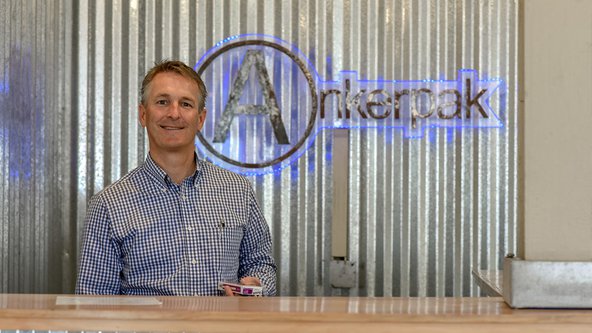 Ankerpak was founded 2003 in Columbus, Georgia. Owner John Anker already had a long background in box sales, so manufacturing his own boxes and doing contract packaging and shipping for other companies was a natural fit.

But that wasn't all Ankerpak was destined for. 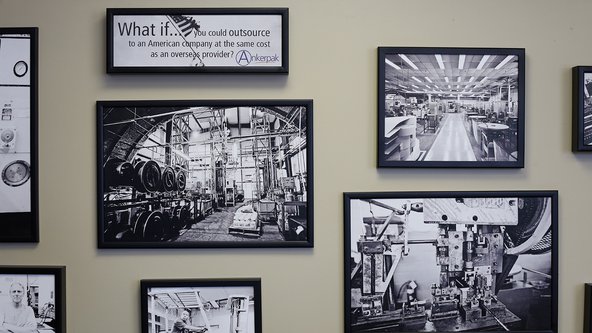 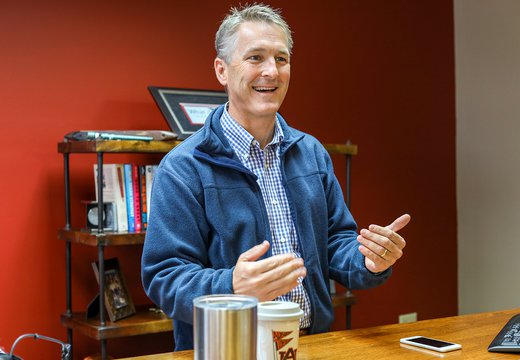 In their first three years of business, Ankerpak saw four of their biggest customers either close completely or move their manufacturing overseas. Those four key accounts were such a huge portion of the company's income that John knew he had to try to intervene. His first meeting was with Goody Hair Products. They'd already been sending him hair barrettes and brushes for shrink wrapping and packaging. To try and prevent losing this part of the business, John drove to Atlanta and asked them flat out- "What can we do?" They informed him that the business was going to China. John persisted, and Goody's leadership decided on a compromise. "Maybe we can let you make bobby pins for us." John's first response was 'Bobby pins? How in the world do you make those?' But the company saw something in his people, and they believed John and his team could do it. "Honestly, it might have been a little naive for him to believe we could pull it off, and I was too stubborn to fail at it- so his naivety and my determination won us our first big manufacturing job." 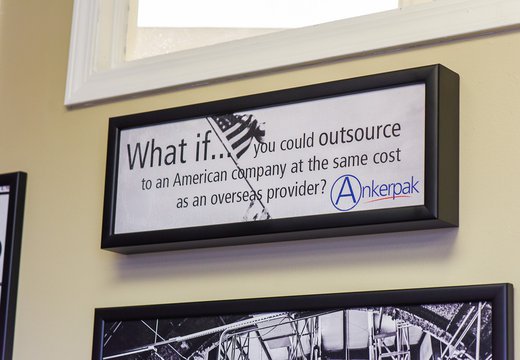 The Ankerpak team began commuting to Manchester, Georgia where the bobby pins were being made at the time- every day, for a year and a half. "We would get up at 5 in the morning and drive up there to learn how to run the machines." This was in 2006. The process is not a simple one. Thousand pound spools of steel are flattened, then moved to another machine and painted. Then on to another room where the pins are formed, crimped, cut, and packaged- at a rate of 5,000 bobby pins per minute. Once they learned the ropes, John's team transported the equipment to his factory in Columbus and got started. 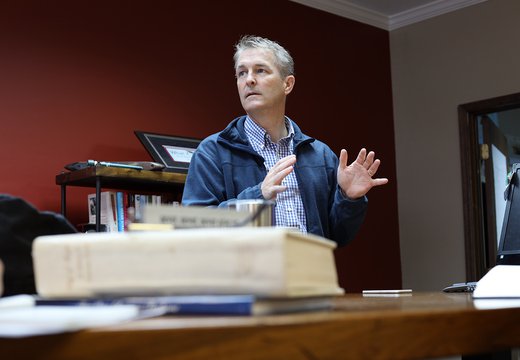 More and more of John's packaging customers were going out of business or moving production overseas. "We never gave up the packaging piece," John says. "But we've moved it to its own plant, and we are still continuing to grow our manufacturing capabilities."

Ankerpak's mission and entire identity revolves around one main idea: being "service oriented and solutions-driven." "Some people want to label us as a packaging company, or a bobby pin factory, or a Sharpie marker factory, or textile guys, or a box company, but we aren't really a 'products' company. I like for people to think of us more like Mikey from the Life cereal commercials- give it to Mikey- he likes it. We're about finding solutions."

He's since lost the bobby pin business to a Chinese manufacturer, the owner of which John has met several times. "He's a good man and a good business owner. We saved it from going to China at first, and it got us started for a lot more business in the future, and we're proud of that." 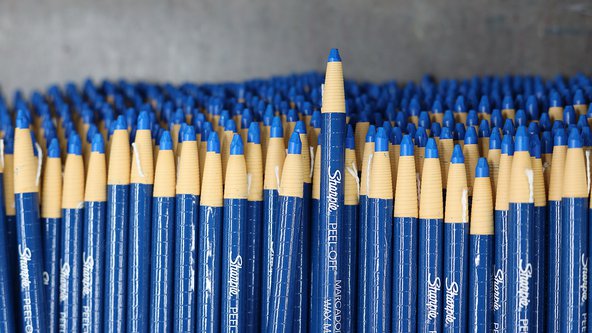 Next up - Sharpies. In 2009, John and several of his employees moved into a hotel for three months to learn how to make Sharpie markers. "They were closing the plant down and moving it to Mexico," he recalls. He had originally approached the manufacturer to try and get their business for blister-packing their pens and markers. "They said, 'No, John, we don't need you to do that, but we're about to move this plant to Mexico- maybe you can do this. I thought, well, we've succeeded at manufacturing before, maybe we can do this for them." After weighing the benefits of keeping a domestic production facility - closer to market, better flexibility, easier access to the chemicals needed for the process (it takes 80 chemicals that are made in America to produce the markers) - John won the business. During those three months, the employees worked in the plant during the day and played cards at night. "After we had learned the business, we packed up the machines and brought them home," John remembers. 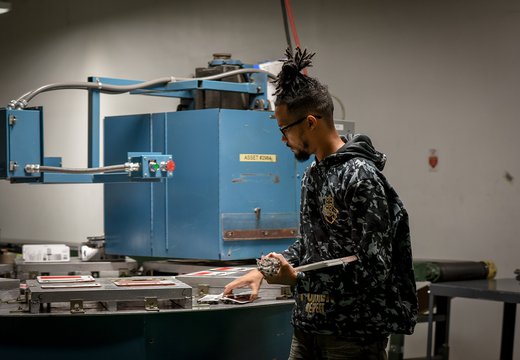 After that, Ankerpak bought a compressor re-manufacturing company from across town and brought that in. After that, they acquired six looms, a quill machine and an inspection machine. Most recently, they've brought in some of textile company TenCate's work. Walking through the sprawling factory rooms and past the various machines and focused employees, it's clear that Ankerpak doesn't back down from a challenge, and there's no product they won't learn to make- all while standing by their core values and customer service standards. Through all the expansions, John credits teamwork with the local chamber and the state of Georgia, as well as Georgia Power. "Georgia Power is one part of what makes this a good state for doing business. I'm a huge fan of our chamber; they've been instrumental. I'm very involved in the community and the Georgia Association of Manufacturers. We're surrounded by folks who aren't going to let us fail." 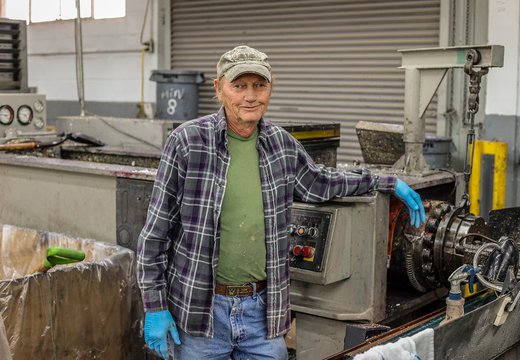 "The thing we keep hearing about is high-tech manufacturing. And those are great jobs. But there is still a need for entry-level manufacturing jobs. We pick people up. Our model says take the temps and find the ones who are good with their hands and want to learn, and we'll train them up in the manufacturing world from a lower wage job. You can walk through the plant and see people who've been lifted up by this process. Those are the stories that really matter here, and the people are the reason we do all of this."

One of the best stories from Ankerpak's staff is that of Shemika Jones. Shemika, on her path at Ankerpak, "I started as a temporary employee through a staffing agency as a line lead for the Sharpie marker assembly line. On the assembly line, I was thriving in the lead position, meeting or exceeding Ankerpak's expectations. After six months of superior performance, I was promoted to Quality Supervisor. When Paul Barnes came on as Operations Manager, he quickly promoted me to Production Supervisor. With his previous experience, he knew that I was an asset to the company and should have the opportunity to lead and help the company grow. As a supervisor, I've been able to step outside of my role and focus on customer service and inventory management. John has encouraged everyone on our team to remain service-oriented to make sure our customers are happy. John has also taught us to always give back with in the community by partnering with several corporations such as United Way. I encourage my team by smiling and lifting them up daily. I'm happy to be a part of what's happening at Ankerpak and appreciate the journey I'm on with this team." 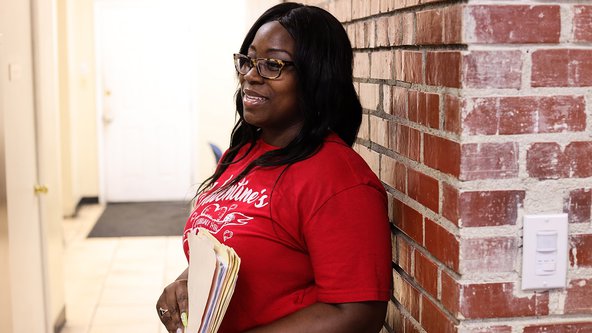 John's philosophy of building a base of employees and giving everyone a chance, at every level, is the heart of Ankerpak. "Not every student is going to big universities and tech schools, and it's not fair to just leave everyone else behind. There are jobs out there for them. Jobs that can lead to amazing opportunities for their families. So we're not giving up on people, and we're not giving up on keeping jobs and products at home. We can make anything here, we can do it well, and we can do it for a good value. That's what we're all about." 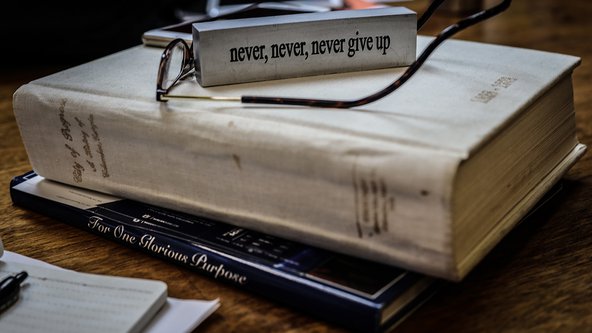 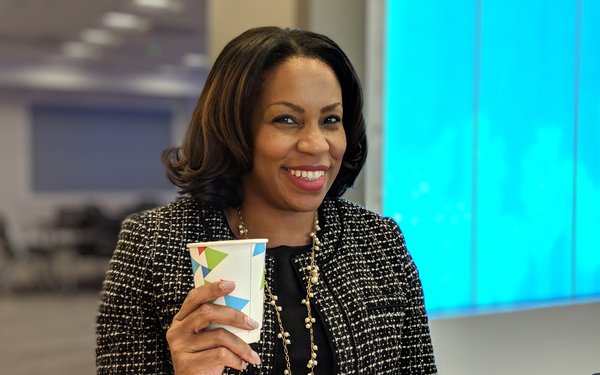 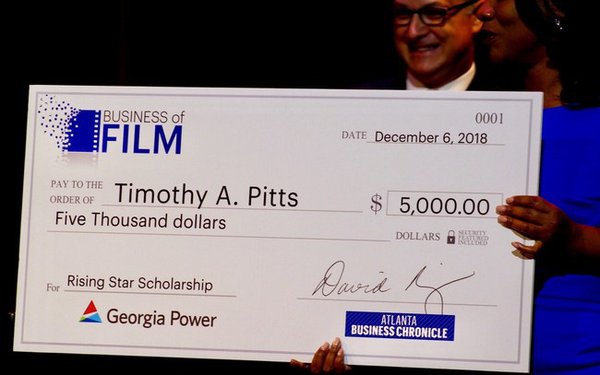