"Robins Air Force Base, in coordination with our phenomenal community partners, continues to set the example in innovation and technology.’”

- Col Sergio Rios, Vice Commander of the 78th Air Base Wing at Robins Air Force Base 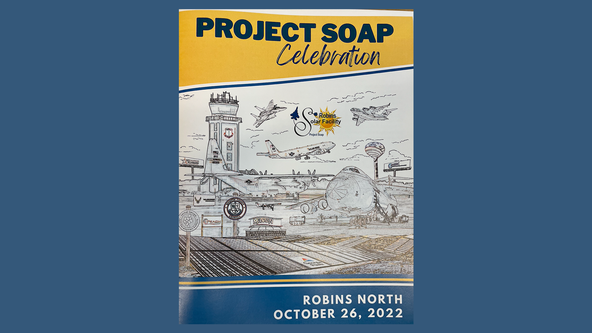 Solutions to tough problems always lie in the strength of partnerships. Project SOAP, a partnership between the Central Georgia Joint Development Authority (CGJDA), Georgia Power, and Robins Air Force Base is a shining example.

The problem: In 2004 a joint land use study prepared by the Middle Georgia Regional Commission identified potential hazards for residents in Houston and South Macon-Bibb counties. The Commission concluded that the communities were in an area where aircraft were most likely to crash, and noise levels made it unsafe for people to live. As encroachments exist outside the fence and the jurisdiction boundary of Robins Air Force Base, community support was necessary to address the encroachment. 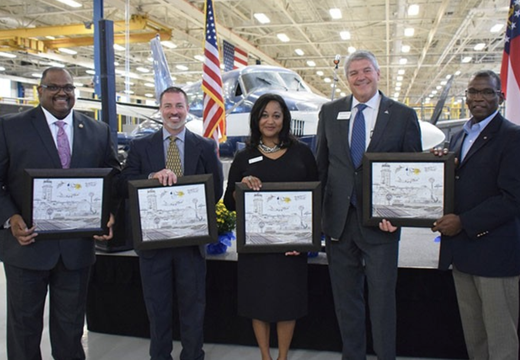 The solution: Project SOAP. With these goals in mind, in fall of 2016, CGJDA, Robins Air Force Base, and Georgia Power entered into a partnership to explore the possibility of a solar project in the encroachment area. The agreement for the 128-megawatt solar facility project was finalized in 2018. Covering 650 acres, the project placed over 470,000 solar modules with the potential to power not only Robins Air Force Base, but an additional 25,000 homes.

“In their 80-year history in Houston County, this was the first need of this kind expressed by the Air Force," says Angie Gheesling, Executive Director of the Development Authority of Houston County. "Middle Georgia has always been supportive of the base, but our leadership had never been given an opportunity of this magnitude. Not just one, but three counties rose to the occasion. The state of Georgia invested time and money to deliver on their commitment. The most exciting and unexpected outcomes have come from Project Soap. This work is the catalyst for many successful partnerships, including Regional Workforce Collaboratives at Robins North, Blue Sky, and Project Synergy, along with Robins Solar - all addressing resilience and renewable energy goals for Robins Air Force Base.” 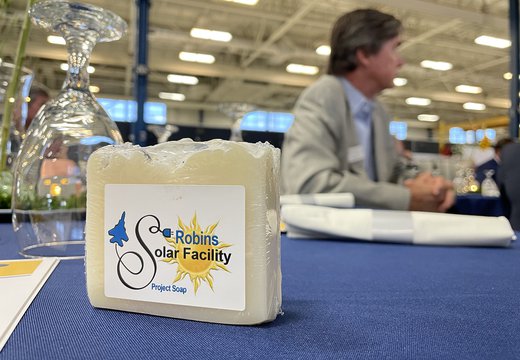 Paul Schneider, Georgia Power engineer and drone pilot, assisted with the project by flying the area in preparation for the development. "It was pretty intense, flying the drone in that airspace - you have to get all the FAA approvals, and there's a very involved process to make it happen. But the outcome is very exciting. Repurposing this land and providing solar to the base is now a model across the country of what other bases can do in partnership with utilities and the local communities to have a joint venture that produces green energy. As ex-military myself, I'm extremely proud of our company's contribution to this project."

“Speaking at the Project SOAP celebration on October 26, Col. Sergio Rios, Vice Commander of the 78th Air Base Wing at Robins Air Force Base, stated, ‘This solar facility directly ties into the Air Force's efforts to mitigate climate change. The Air Force is in the process of developing a climate action plan that aligns with our national security imperatives in an effort to reduce Air Force emissions by 3.5% and reduce our fuel demand by 60 million gallons per year. Project SOAP allows us to go one step further in helping the Air Force achieve that mission. Robins Air Force Base, in coordination with our phenomenal community partners, continues to set the example in innovation and technology.’” 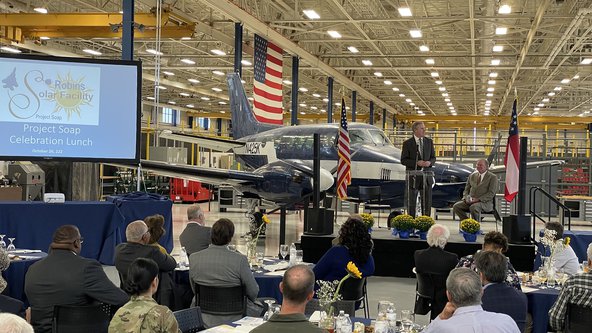 Georgia Power currently owns and operates more than 200 MW of large-scale solar at six other Georgia military bases, including projects with the U. S. Army at Fort Benning, Fort Gordon, and Fort Stewart. There’s also a collaboration with the Department of the Navy at SUBASE Kings Bay and at Marine Corps Logistics Base Albany, as well as at Moody Air Force Base.

Through its various solar programs, the company is adding millions of solar panels to Georgia’s energy landscape while also ensuring clean, safe, reliable, and affordable energy for customers. 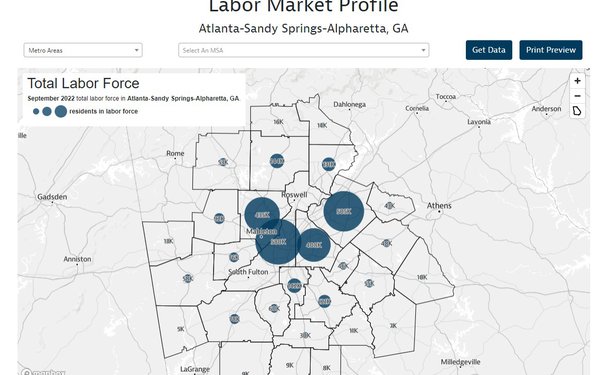 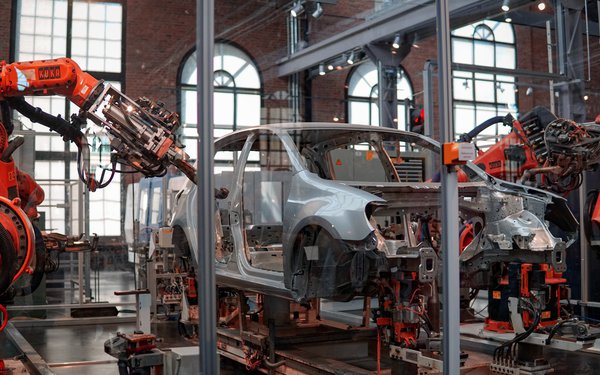 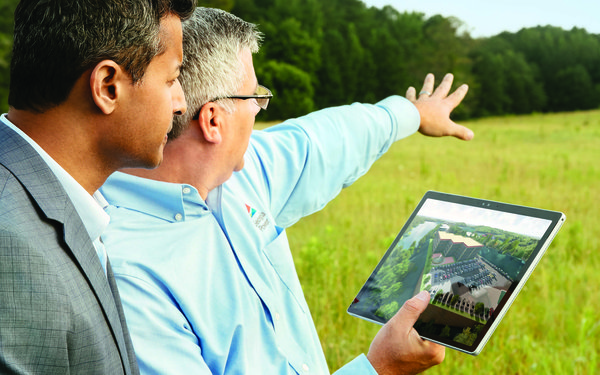 Learn more about our Engineering team and services