“I think we were tired of asking for change, and we had to look at what our role is in fixing this problem. And so, we set out on a journey to essentially create the largest African American orthopedic practice in the country." 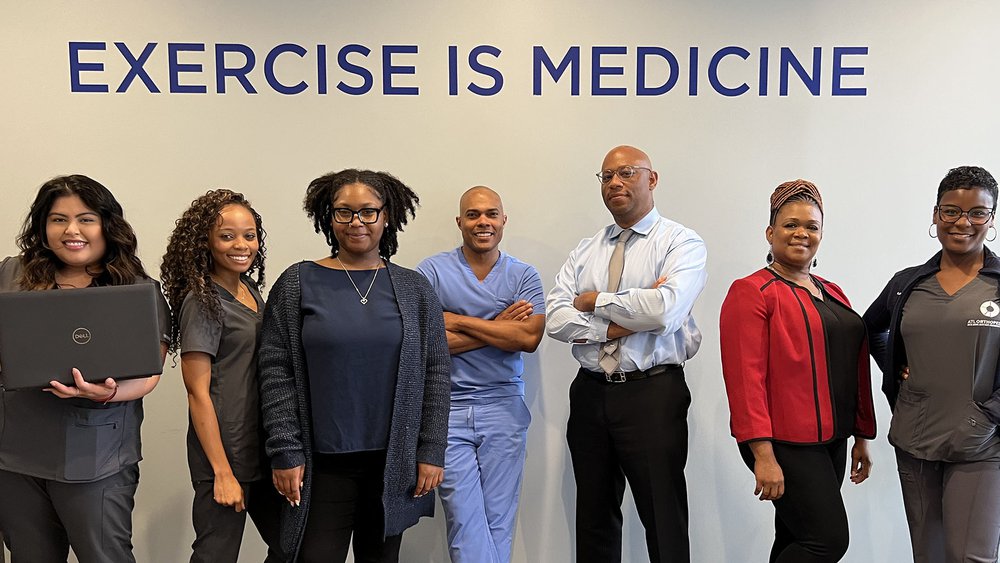 2020 is a year to be remembered for many reasons, and for many, it was an opportunity to take action. “Diversity in the field of orthopedics is extremely limited - there are about 30,000 orthopedic surgeons in the country, and less than 2% are African American,” says Atlanta Orthopedics co-founder, Dr. Alonzo Sexton. Dr. Sexton had an idea to build a practice that would fill a healthcare gap in the African American community.

At an event in Indiana that brings together orthopedic surgeons of color, Dr. Sexton met Dr. Whitaker, a hand surgeon working in South Dakota at the time, at a meeting in Indiana for surgeons of color. "After the events of 2020 related to the murder of George Floyd and Ahmaud Aubrey, the idea was turned into a plan. I think all of us were so tired of asking for change, and we had to look at what our role is in fixing this problem. And so, we set out on a journey to essentially create the largest African American orthopedic practice in the country”, Dr. Whitaker says. “Alonzo had the vision to bring representative care back to Atlanta, and I wanted to be a part of that.”

Settling in South Metro Atlanta, where traditionally, residents have to travel to the north side of town for orthopedic care, was a powerful decision. “Making a statement that we’re planning to be the largest practice of this kind sounds dramatic, but considering the statistics, it takes six people,” Dr. Sexton explains. “Six surgeons coming together – again, it’s people buying into this mission, and it’s working.” Georgia Power Community Development Manager for South Metro, Shar'ron Russell helped support their location search and connected them with the South Fulton Chamber of Commerce. "The Chamber has been very supportive, participating in our ribbon cutting and several events since opening," Dr. Sexton added.

Since opening the practice in February of 2022, the community response has been outwardly positive. Patients are happy they don’t have to commute. “A woman came in yesterday, and just carpal tunnel, nothing serious, and she just couldn't get to Buckhead or further out and was so relieved. When something opens in your community that fills a need, it feels like you’re really being considered and cared for”, Dr. Whitaker says. 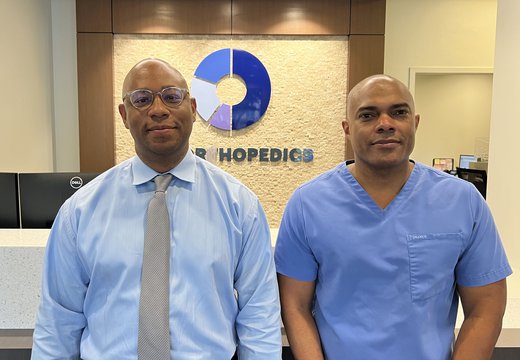 When asked about the partnership between the co-owners, they both laugh. “He’s a smart guy, a visionary, but he also has the temperament to plan things out and get things done,” says Whitaker. It’s clear that the shared love for their vision as well as their easy friendship keep the momentum for the business going. There are plans to grow the practice, but for now, it’s all about serving the community. Orthopedics is considered a specialty field, but when you consider that one in two adults have musculoskeletal problems, it's closer to a primary care practice.

Being in Atlanta is special to both doctors. “I moved here in '96 and then moved away for ten years, came back here about four years ago. A friend of mine says ‘Atlanta is the most important city in the country’. It’s an urban center from a leadership standpoint, from a civil rights history standpoint and it's a community that is special. I think a lot of people feel that way. You see all the influx here, and it's a place where I think there's a lot of opportunities for African Americans,” Dr. Sexton explains.

Dr. Garrison describes their concept of having two pillars of the practice. “One is this concept of representative care, and the other is innovation and technology. They are using those two things to get patients better outcomes. Some studies that show that African American patients get better care from African American doctors. They have better outcomes, whether that's due to better patient engagement, better communication, or trust. There's a relationship there that can't be easily mimicked. To have an opportunity to lean into that is part of our vision and our growth strategy. Having these pillars and making decisions based on them has allowed us to build the business in very intentional way.”

Walking into the office, the first thing you see is a large sign that simply says, “Exercise is Medicine”, referring to the second pillar of the practice. Even the logo represents the concept, showing that 50% of what determines someone’s health is their behaviors. “If you can affect that, you have tackled a large percentage of this health equation. And so, we think about how people change behavior. A lot of times, that's related to connection that we talked about before. But then also, getting people to understand that exercise really is a medication that we all have the capability to do to improve their health,” says Dr. Sexton.

The doctors use a remote patient monitoring program that allows patients to track their activity level and heart rate and send the data to their doctors. “We can evaluate them even when they're not here in the office. It gives us a way to engage and connect with patients and say ‘hey look, last week you were great, you got 10,000 steps. This week, you're down to 5,000’. We use that as another opportunity for connection as well as to drive health outcomes”, Dr. Whitaker explains. 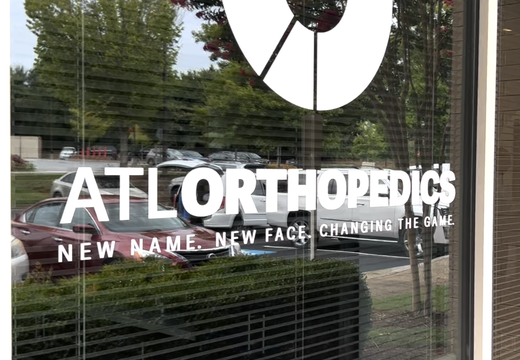 Dr. Sexton adds, “I always tell patients, what if I told you there's a medicine that exists that treats over 40 diseases, prevents eight different types of cancers, lowers your risk for depression, anxiety, Alzheimer’s, and more. And it's free. Everyone would want that. But that's what exercise is. It's just people don't think of it in those terms. That's the communication part that we use to get people into this remote patient monitoring program.”

As for the pillar of representative care, Dr. Sexton explains, “I think diversity is organic in Atlanta. You have a little bit of everything, a little bit of everybody, and it doesn't need things to be perfect. There’s enough diversity here that everyone plays a little bit nicer.” There are also challenges in the city of Atlanta, and one that the doctors are working to alleviate is the health inequity that sparked the idea for the practice. “It can be a little overwhelming, and part of what we want to do is lean into. What can we fix, how can we be helpful? Again, we have expertise and experience, and medical background. We're of color, we're here in Atlanta, so we feel like we're just uniquely situated to have an impact in some of the challenges that do exist in the city that people talk about,” Dr. Whitaker explains. “I once had a patient, and she said I reminded her of her grandson. It and just stuck in my head. Imagine being taking care of someone that you remind them of their grandmother, their aunt, their sister. I think that's just important. I think that's what patients connect to”. 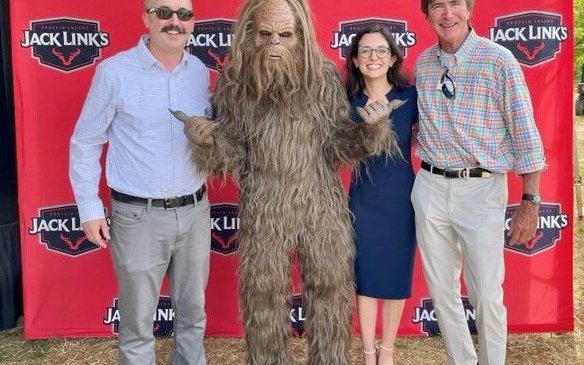 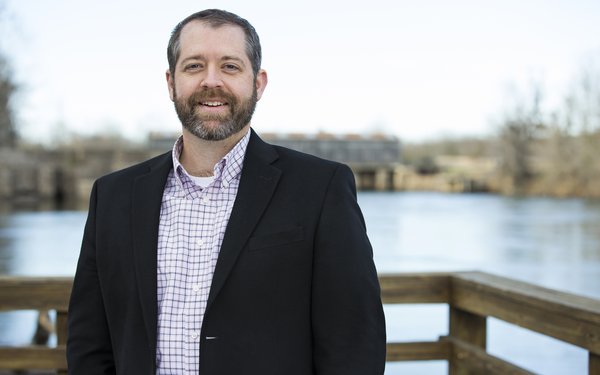 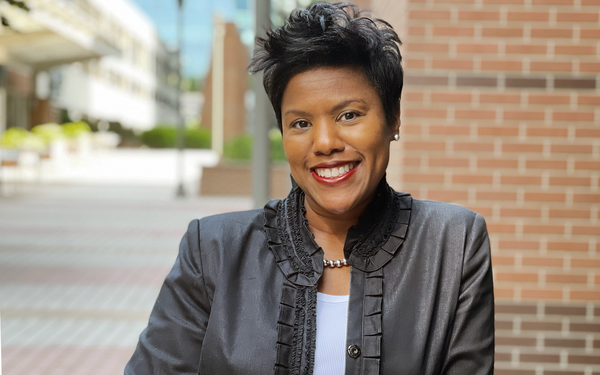