"Every prospect and project we work is different, and we enjoy the diversity of industries we serve." 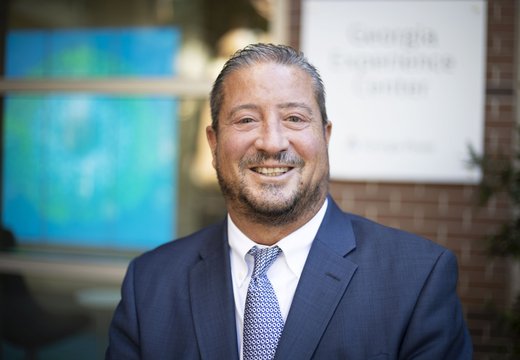 Doug makes his mark on the state through his work as a business recruitment director, assisting companies in the aerospace, logistics, manufacturing, and data center industries as they find their new home in Georgia. He also works on projects involving cyber security companies. Doug facilitates the site selection process, helping companies identify potential buildings and sites and providing expert market research and engineering products. He also coordinates with state partners during the process, connecting prospects to all the right people during the site selection journey.

A long-time member of the team, Doug has 34 years of experience with Georgia Power, the last seven focusing in Economic Development.

Doug is a member of the Georgia Economic Developers Association and is on the Georgia/China Alliance Board of Directors. Doug recruits international business from China, Israel, Brazil, and he attends international aerospace conferences in Europe to represent Georgia's aerospace industry.

He graduated from Georgia College and State University in Milledgeville with a Bachelor of Business Administration.

Originally from Chicago, Doug now resides in Atlanta with his wife Linda. After many years living in a suburb of Atlanta, the two relocated to a Midtown condo in 2011 and are loving the city life. Their daughters, Kate and Alex also live in Atlanta. Doug is an avid golfer and runner- he’s run four full marathons and 13 half marathons. His 5th marathon is coming up - the Publix Atlanta Marathon in March of 2019.