"Our work is not just about winning the customer. It's about promoting the state. So if we grow, if the state grows, we all grow. I am so excited to be a part of this incredible team." 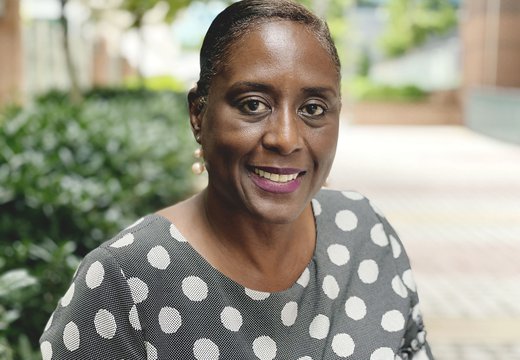 Lisa J. Smith is Vice President of Community and Economic Development for Georgia Power. In this role, Lisa leads a team that is responsible for recruiting new business to Georgia, as well as supporting local and statewide initiatives that promote community development. Additional areas of focus for this role include workforce development and engineering.

Most recently, Lisa served as the Vice President for the West Region for Georgia Power. In this role, Lisa was directly responsible for the company’s external activities for 550,000 customers across a 72-county area for the west side of the state.

Lisa began her career at Mississippi Power as an engineer in 1993. She relocated to Georgia Power in 1997, where she has held positions of increasing responsibility in distribution, sales, region operations and as an area manager in Waynesboro and Newnan. Lisa also served as assistant to the senior vice president of the Metro Atlanta Region, where she was responsible for providing support for the company’s operations, sales, customer service, economic and community development, and external affairs activities for 1.2 million customers.

A native of Meridian, Mississippi, Lisa earned a bachelor’s degree in electrical engineering from Mississippi State University and an MBA from Kennesaw State University. She has served as a member of the board of directors for various organizations, including the Aerotropolis Alliance, and the Regional Business Coalition. Most recently, Lisa served as a member of the board of directors for the Greater Columbus Chamber of Commerce, the United Way of the Chattahoochee Valley, the Columbus Development Authority, Goodwill Industries of the Southern Rivers, Girl’s Inc., the National Infantry Museum, and as a trustee for the RiverCenter of the Performing Arts. She has been recognized as one of the Women Worth Watching by Profiles in Diversity Journal and The Atlanta Business League’s Top 100 Black Women of Influence.

Lisa has been married to Derick for 25 years and they have one son, Gabriel.